I fancy myself something of a psychedelic music expert, or least a fellow who knows his way around the genre. I’m well up to speed on the obscure classics lurking in the alleys of San Francisco, London and Munich. So it pleases me greatly that a label like Sunrise Ocean Bender exists to help bring beautiful new underground sounds to the forefront, albums like the fine Movements doubleheader from earlier this year.

This album, which the label has released on white vinyl (still a bit bemused by the whole vinyl comeback thing, but as a guy with a lot of records, I approve) and is also available on CD is a real stunner, even for this era where vintage psychedelic sounds have made quite the return of late. Primarily with Swedish bands, it would appear, for some reason. And what do we have here? Another Swede, of course! Daniel Westerlund is the mastermind of this album, which took me a while to get my ears around. Not in a bad way; there were just so many expertly rendered styles being bandied about that I couldn’t quite pinpoint what sort of album I was listening to. After a ten spins or so, however, it all started to crystallize.

Unlike, say, Dungen, a band with a particularly definable style that provides consistency to their recordings, Westerlund is something of an acid dilettante. Fortunately, unlike the overly ambitious, he has the skills to pay all the bills!

There are three main styles on this fine album that I have discerned: Indian-influenced psych-pop with a modern electronic twist in the beats; hazy acid folk; and experimental Krautrock. Each of these styles is amongst Make Your Own Allister Thompson’s favourites (I’d like to think I do my musical bit too, ahem…), so to say I enjoy this album is a super understatement. Why, slap it on my 2014 best of whatever list! 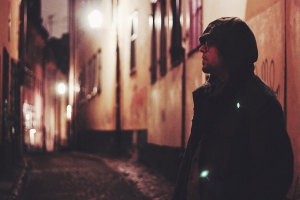 The album begins with one of those Indian music influenced numbers, “Hexx”, with some busy beats that might called “IDM” as well as tabla and sitar. Trippy as all heck and it makes me want to dig up this weird sitar-sploitation LP from the late sixties that I have in my basement. There’s a funky baseline, a Farfisa-type organ … and banjo. The melody’s somewhere between Istanbul and Mumbai. It’s fucking groovy. As an aside, I think it’s what I remember wanting Cornershop to sound like. They did not.

You may think you have this pigeonholed already, but you’d be wrong; track two, “The Drug Behind the Drug”, is full on kosmische proto-ambient drone featuring the exact synth sound that Amon Düül II used on “Wie Der Wind Am Ende Einer Strasse”, I could swear.

And then a second curveball in “The Poor of Heart”, a melancholy psych-folk number with perfectly reverbed fingerpicking and a vocal that sounds basically like a non-lispy Tom Rapp (Pearls Before Swine). A really pretty song.

The rest of the LP flows mostly the same way, with more electro-Indian-funk in “Blind Tribe” and then the full-on world musicky “Hanumannerism”, more experimental Krautambient in “Hazel Motes At The Plastic Vortex”, which takes things in a more Popol Vuh-ish direction as well, and “You Will Sing”, which is almost post-rock.

Another acid-folk song, the Appalachian-sounding “Traveler, You Will Sing”, features the banjo in another slice of dark psych Americana; then the album concludes with an unexpectedly lovely acoustic instrumental, “Fever Child”, with some harmonium-type sounds providing the wheezy melancholy underneath.

Westerlund’s album is a fine achievement; he’s mastered a number of types of composition, but he’s mixing the best of contemporary styles with perfectly reproduced vintage production touches and musical styles. This album is a lot of fun and is one of the best psych submissions I’ve received.

The release with the white vinyl is surely enough to make any lover of LPs drool; the packaging is awesome. Go get one. 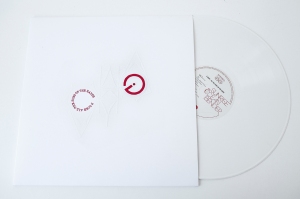 White vinyl, folks…WHITE! I think my LP of Be Bop Deluxe’s Drastic Plastic is white. WHITE!