[If you told me 2 years ago that the 200th post on this ultra-serious blog would be about Weird Al, I’d have called you a nutter. But “eclectic” is in the header, and eclectic is what we do. Hence, here is Lee making an expert case for an artist he admires, and whose work we have all enjoyed at some time and on some level. —Allister]

(Listen to the prime tracks mentioned below on the handy Spotify playlist Lee has provided.) 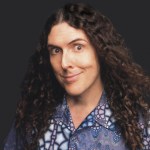 Being a Weird Al fan is tough.

Whenever you mention to someone that you enjoy his music, they automatically assume you are refering to his parodies. That’s expected, because that’s how the guy got famous. Yes, it’s also what made me a fan when I was 8 and bought his first single for “Another One Rides the Bus” on TK Records (with the far-superior version of “Gotta Boogie” on the b-side).

But as any long-time WAY fan knows, the original songs he writes are often just as good, if not better. After time, the parodies become a one-note joke — you pretty much get the gist of what it’s going to sound like from the first 30 seconds, and the tone of the lyrical intent. Yeah, that’s cute. Ha-ha. Especially when he parodies current pop songs, they run the risk of not having a long shelf life (who is Tonio K anyway?).

However, when Weird Al writes an original song, things get more interesting when he tackles the musical tropes of specific artists and creates a pastiche of what they’re generally known for (just waiting for someone to cover Weird Al covering them). 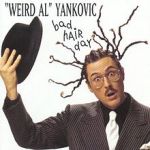 It benefits the enjoyment of this song if you’re aware of They Might be Giants’ style — as with anything, it can be enjoyed without knowing what TMBG are all about, but you’ll get much more out of it. Nailing everything from the unpredictable and hyper verse melody to the baritone sax solo, this is Weird Al’s greatest work, hands down. 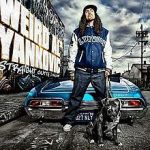 Second only to #1, Weird Al borrows a technique of TMBG’s (bizarre pop songs with an educational message) and goes full-on Brian Wilson. While he’s certainly not the first to cop the style of the Beach Boys, Weird Al does it well, and has some clever moments with the SMiLE references. Enjoyable for everyone, even if you’re not a Weird Al fan.

I had always listened to lots of music, but even as I was only 16 when this album came out I still wasn’t aware of many of the musical references Weird Al had already released on previous albums (I would catch up when I got older). Impossible to mistake the inspiration here, of course. A beautiful arrangement of multiple Police songs (particularly love the “Synchronicity II” guitar solo), and also provides an excellent showcase for his bandmates’ musical diversity. 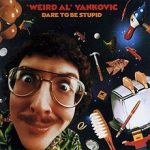 I’m not much of a Devo fan. If given a choice I’d rather listen to Weird Al doing Devo than Devo itself. Shocking, I know. Actually, if you’ve got this far in the article, nothing should really shock you.

A clever blending of many Talking Heads approaches. The album was criticized at the time for not having enough quality parodies or originals (yes, people in 1986 were actually debating this) and while it ranks as one of my least fave Weird Al albums, there should have been a video to accompany this track, along with his “Living with a Hernia”, one of the few parodies I still enjoy. 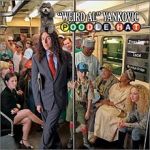 Initially, I had dismissed this album based on the uninspired and rather embarassing Avril Lavigne parody “A Complicated Song”, and the Dylan-style parody that had been done before by many others, and better (mid-60s Dylan is rather not that hard to do).

However, something made me go back to the album, and discovering the last track, “Genius in France”, and myself being a long-time Zappa fan, I enjoyed this immensely. He even got Dweezil to play the guitar solo, but even at a total running time of NINE minutes long… if you’re doing a Zappa parody, the guitar solo alone has to be nearly as long.

A throwaway, perhaps, but an inspired creation, and fun one. Weird Al, raising awareness of Twister in the 80s. Or not.

When I first heard this track in the mid 80’s, it seemed nothing unusual. A goofy novelty sci-fi tune. But it wasn’t until many years later that I devoured the Thomas Dolby catalog, in particular The Flat Earth (if you haven’t got that album, go get it). It was a minor epiphany listening again to “Slime Creatures” after knowing every moment of “Hyperactive!”. Incredible bass line. 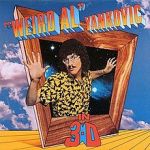 Again, initially I didn’t like this tune when I heard it in 1984. Why? I wasn’t familiar with the B-52’s (it would be another few years before I couldn’t get away from “Rock Lobster” at school dances). But from years later, and with my added knowledge of who Lisa Popeil is (who sings backup on this track — she also sang with Zappa!) this takes on a whole new level of stupid fun and a reminder of the classic (?) days of 80s TV infomercials.

This one is a bit of a switch, in that it was written for a SNL replacement show in 1985 titled Welcome to the Funzone, but eventually used in the soundtrack to UHF. While it is not directly associated with an artist, the sound and feeling of it completely takes me back to when I was younger, watching late night TV shows on the weekend on my little b&w set.