MYOT is on a summer submissions hiatus (very, very regretfully), but I’m using that time to catch up on the months of submissions or releases that I noticed but ignored or barely touched due to busyness. For I am nothing if not a man of honour, I swear. So there will be more roundups this summer. Another thing I’m going to do is add the acts featured in roundups to the index page, so that they are fully part of the content of the site and not buried forever. See? Honour’s me middle name. Also check out these mixes I’ve started doing based on these very roundups I speak of.

OK, so now to the great music: 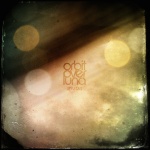 This is a reissue on the Polar Seas label of an album from not too long ago. I’d heard Orbit Over Luna’s work before, but not this aspect of it. The recordings I’d heard were melodic electronic post-rock featuring beats, in the same vein as (and easily on par with) Keith Kenniff’s (Helios) work, but this is a truly lovely recording of guitar ambient. And it’s masterfully done. While mostly minor key and a little melancholy, the pieces also have a really sunny afternoon feel, the hazy tranquillity of a summer spent lying in the grass gazing up at wisps of clouds. Lunaman Shannon Penner uses subtle bassy drones then layers the ethereal guitars overtop in shimmering, repetitive waves. I also like that a track, “Ylla”, seems to be named after a Martian Chronicles character. Bradbury’s my favourite, eh. “In the Decay of Shadows” also features some subtle piano. Anyway, I would not say I have a favourite track here; it’s all just one long flowing, bittersweet journey. One of the finer guitar-based ambient albums in my collection, and that’s saying something.

Funny, I myself recently released an album titled Germania, like this one a direct tribute to the sounds of vintage Krautrock. Good thing Czech act B4 and I chose slightly different titles! Anyway, this is an expert conjuration of the best sounds of motorik Krautrock, more specifically Neu! and Harmonia, with a bit of Kraftwerk and Faust in there, of course. This is not, therefore, the prettier, spacier, cosmic end of the German-inspired spectrum; it’s robotic beats, funny noises, weird baritone spoken word bits and a general mood of lunacy. It’s a ton of fun, from the lighter, melodic pieces like “Preludium” and “Super Cabbage Rock” to the unhinged noise experiments of “Black Flanger” and “Lusatia”. In a totally impressive contribution to the avant-garde questing spirit, B4 has managed to breath a new life of its own into the Krautrock revival, no easy task considering how overdone that trend is getting. This is authentic music made by experts — if you love vintage beats, experimental music and Krautrock in general, you need this! 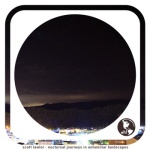 Prolific (but high-quality) pure ambient artist Lawlor has put out this long-form piece on the reconstituted Earth Mantra netlabel (nice to see that back). He declares the music was inspired by his love for Tangerine Dream’s Zeit, the first album I ever reviewed on this site. So I reckoned this should be right up my alley. And I was right! Like the music that inspired it, this journey is based on an ominous, slightly buzzy drone, an analogue fuzz (or is flowing water?) and eerie sounds like space beacons calling out into the darkness. Excellent! As the piece progresses, these plaintive sustained notes start to layer, build and vary in pitch into an oddly calm maelstrom of sound. And yep, it does indeed sustain interest for seventy-four minutes. This is right up my street and if you love early Kraut ambient or dark ambient, it’s right up yours as well. “Name your price” at the label’s Bandcamp.

The Electric Amygdala – Lion on the Beach

This space-rock is a new venture by Lee Rosevere, of Happy Puppy Records and ambient fame and fortune (well, maybe not the latter). A totally new vibe, it’s a tribute to his love of the space-rock of Hawkwind, and I daresay I hear a little Krautrock in this one as well! A nicely varied collection it is, too, from the nifty flute ‘tron of “Currents” to the Kraftwerk homage of “The Human Battery” (I don’t think I’ve ever heard a piece not actually by Kraftwerk that sounds this much like Kraftwerk!) to the full-on Dave Brock/Hawkwind chug of “I Am the Meteor”. And I can actually specify that this sounds more like the underrated eighties/early nineties Hawk than the seventies version. Love the vintage synth sounds (he seems to be using the very same one that the Hawk employed on “The Golden Void”!) There are also beautiful little space ambient pieces interspersed, such as “Cerulean”  and “Vondersatz”. No frivolous one-off, this is one of the best space-rock albums I’ve heard in a while, a little tongue-in-cheek but rendered with fun and affection. 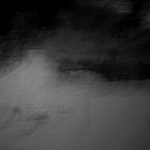 This is the project of Ali Murray, the Hebridean singer-songwriter, who under the Vapour Night banner has already released one fine album of Gothic rock (not Goth — Gothic), and now is turning his hand to ambient music — with success! For a first truly ambient release, this is astonishingly self-assured, a 25-minute drone based on guitar noise/feedback, very dark as per usual. Reference points would be Sunn O))) (just the guitar bits) and Lähtö, if you remember his fine work. “The Dirt Sea” is based around those roaring guitars, but like the best noise ambient there are plenty of mysterious, even beautiful sounds lurking almost subliminally underneath all that noise, and even tiny hints at melody. The recording is also excellent, very big-sounding, as befitting the vibe. A “name your price” release, go get it.

There is a ton of noise/experimental ambient around these days, so much so that an ambient musician acquaintance of mine has openly started to question whether in the present age there are more ambient musicians than actual listeners to consume it. Nonetheless, there are always differences in quality, and it’s a blogger’s job to try to separate the wheat from the chaff. Portugal’s Aires makes excellent noisy, moody, experimental ambient, as becomes clearly evident on “orgânico I – vozes sem corpo”, which mixes metallic sounds with buried field recordings in an appealingly disturbing way. “orgânico II – monolítico” is classic dark ambient, with windy roaring sounds and an ominous mood. “contraplacado” is full-on guitar noise ambient, a giant evil cloud of overdriven, ebbing and flowing delayed guitar, not dissimilar to the Vapour Night release above, but as with that release, it’s the kind of glorious, enveloping sound that one is glad to lose oneself in. Another “name your price” release you can easily add to your ambient collection.