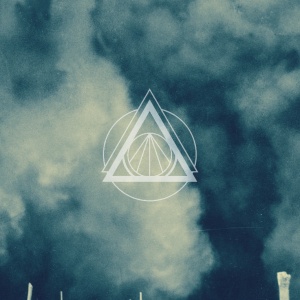 It’s always nice to see a new label doing quality work. Yes, the internets are crowded with electronic music labels, but when a new one is putting out really great stuff, then there’s always room for more. Winter Alternative is a new French label with a few releases under its belt. I was pleased to be contacted, pleased to listen and even more more pleased to find out that this is a cracker of an album, not just good but great.

nnord has a couple of releases, and I have to go investigate the other, but this very special album, which appears to have some kind of prehistoric/cosmic North American plains theme and contains some of the best throwback electronica I’ve heard. There are a lot of musicians unabashedly showing their Tangerine Dream, Klaus Schulze and Jean Michel Jarre influences these days, and that’s a great thing, but as in everything, there are degrees of quality. What sets an act apart from the pack is an ability to utilize those influences while making clear that you have your own distinct musical personality to bring to the table. nnord does just that by adding some darker influences and a genuinely mystical vibe. Sunn O))) was mentioned in the PR, and that’s a reasonable comparison, as would be other dark ambient artists like Lustmord.

“Arrival on the Great Plains” is appropriately sweeping, with dark bass synths setting the mood, followed by glorious mountains of cosmic pads and finally a conclusion that sounds like nothing less than the intro to a good Rush song from the mid-eighties: big synth pad chords in a grandiose melodic progression. Fans of eighties synth revisionists Zombi will appreciate this as well.

“Asteroid Tomb” is very dark, with a bass pulse like a cosmic heartbeat — proggers and space rockers who liked “The Pulsing Cavern” from Hawkwind’s The Chronicle of the Black Sword will recognize this vibe. It’s a quiet and subtle but still massive-sounding piece.

Finally, “The Last Bison” is more like standard ambient than the rest of the album, a textured drone piece that resembles Steve Roach’s darker stuff until the sequenced rhythms kick in to close out the album.

I’ve remarked before that it’s hard to capture in words what makes a great electronic ambient album, without sounding repetitive in your use of adjectives and your references; you kind of have to listen to get the point. In this case, all I can say is that this band just does this kind of music perfectly. Yes, the influences are obvious and vintage, but those sounds had value back then, and they have it now too. This album is a full-on cosmic mind voyage, space ambient of the highest caliber, and I personally am going to find myself listening to it often. It’s astonishingly good.

Now that’s the best endorsement you can get, right? AND this album is available at the “name your price” setting, which makes it an unbelievable value.

This act and its label have a bright future.