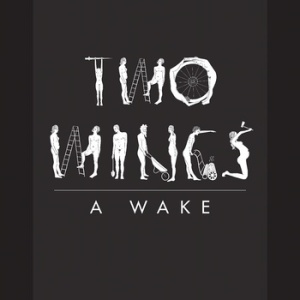 OK, so I put these mp3s into iTunes and pressed play. My first reaction was What the fuck is this? My second reaction was, OK, this is interesting, it’ll go well in a roundup. My third reaction was Where has this been all my life! I’m pretty jaded about rock music, young enough to have played on a gruelling tour in fairly living memory but old enough to know that almost everything kids play these days is some kind of pastiche of something people did better in 1965, ’75, or ’85. That’s just the curse of rock ‘n roll; it sort of stopped developing and started spinning around in circles. God bless ’em, though, if they find their dad’s Wire or Crazy Horse records lying around and form their own dead ringer rock band.

Now, anyway, this is a roundabout way of saying that it takes a lot to jar me out of this state of cynicism, but by George, this record did it. At first it seems like a mish-mash of different styles of folk-rock and smooth pop music, but after a couple of listens the band’s engaging personality comes to the fore and it all just starts to make sense. Let me sum it up: this album sounds like the records that Brit folk stars made when they tried to go pop, as in when they wrote their own songs instead of belting out “Thomas the Rhymer”, so think Richard and Linda Thompson, Steeleye Span, Sandy Denny, The Albion Band, mixed with early eighties pop, so Mirage era Fleetwood Mac or The Motels or The Korgis or something like that — but with Kate Bush or Jane Wiedlin singing some of the songs. Yeah, that might sum it up. All this delivered without a trace of that hipster irony that makes the skin of the aging rock music lover crawl.

Opener “Peace-Fear” is the most melodramatically eighties number of the lot, with an almost 4AD layer of guitar gloss over which hovers a pretty reasonable facsimile of a Buckinghamesque lead, and those early Kate Bush vocals lilting away. The boxy production actually works on this record — it’s a great impression of a medium-budget album from 1980!

The ballad “Adieu” is very much like a heartbreak-ridden outtake from Shoot Out the Lights  or something from a McGarrigles record. The hyper-dramatic psych-folk-rocker “Loveless” and particularly the blasting electric folk of “We Can Show You More” are full-on seventies Brit folk-rock that brings a tear to my eye, mainly because they make me bitterly rue never founding that killer electric folk band that I never did form because I live in Toronto, and who would have come to see us play? Ah well. “We Can Show You More” particularly sounds like The Albion Band because of the jerky riffing and the vocal stylings redolent of Cathy Lesurf or a cackling Maddy Prior.

Then it’s back to the Mac territory with “Stranger”, which is very Stevie in that sort of dramatic shimmy it’s got going on. The record concludes with two rootsy ballads and a bluesy torch song that again feel so very 1979, just like the tail end of the folk revival as it clashed and briefly merged with post-punk and new wave. “A Wake to the Dream” features some truly wonderful harmony arrangements as well (the harmonies on the record as a whole are great), while “You Give Me Love” has some silver band-type stylings that bring to mind R and L Thompson’s I Want to See the Bright Lights Tonight.

I never expected to hear something this polished, confident and sincere in 2014, I must say. It’s possible the band members might see this review and think What’s he on about, those aren’t our influences at all, but music appreciation’s in the ear of the listener, after all, and this listener is pleased.

“It’s probable of late that, more and more, you’ve been watching on your television many of those pictures of terror!”