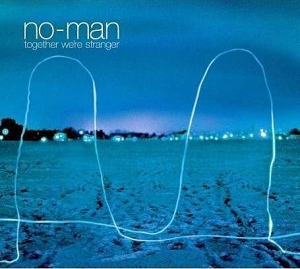 The career of Steven Wilson has featured an interesting reversal in focus. Wilson’s name should be no stranger to lovers of ambient music or progressive rock. His band Porcupine Tree is one of the more lauded progressive bands in recent history, and deservedly so. As well as a fine singer, excellent guitarist and incredible songwriter, he is renowned as a producer and mixer. He produces his own wonderful solo albums and performs as one half of the duo Blackfield. And he’s got his own ambient project, Bass Communion.

So he’s a busy guy. I’m not going to add my voice too much to the praise heaped upon him — let’s just say he’s the quintessential musical renaissance man with his fingers in a bunch of musical pies, and almost everything he touches seems to turn to artistic gold.

However, the roots of his career lie in No-Man, a lauded band that found success at the beginning of the Brit music explosion of the 90s, releasing a number of critically acclaimed albums. At that time Porcupine Tree was just a studio fun project Wilson used to express his weirder ideas, while No-Man was the “working” band. Since then the lines on the graph have gone in different directions, with Porcupine Tree becoming the famous touring band and No-Man an occasional flirtation, along with the only other original member, singer Tim Bowness. I’ve been listening to Porcupine Tree for a number of years and was aware of the existence of No-Man but had never tried out any of the music, perhaps assuming that because Wilson was not singing, it might not be my bag.

In 2012, I got this album, Together We’re Stranger, from Emusic and gave it a shot. And boy, am I glad I did. I don’t think there’s another recording that has gotten more play from me in the last few months — it’s taken up almost permanent residence on my iPod. In fairness, this album was made just for me. Down to a drumless duo of Wilson on everything and Bowness on vocals, with supplementary help from other musicians, No-Man has created a perfect fusion of folk balladeering and ambient music textures that is absolutely breathtaking, from track one to the very end. I’ve seen it compared to Talk Talk’s final couple of albums, which I suppose is good, because people seem to love those. I tried them and they left me cold, I must admit …. must be something wrong with me, I suppose.

Anyway, at first I didn’t know what to make of Bowness’s consistently understated, quiet and breathy singing, but it rapidly grew on me. And he proves a very adept, concise lyricist as well. The songs, many of which are quite long, feature sparse lyrics, but each line hits with an emotional hammer blow, since this is a bleak album, as melancholic as can be, yet warming in a strange way as the best melancholy always is. Bowness and Wilson have a gift for combining their skills into devastatingly effective musical poetry. Wilson is, as I have already implied, a sonic magician, and the effect of the melange of keyboard, guitar and percussion sounds he uses to back up these nuggets of sorrow is nothing short of amazing. So, to the actual tracks.

Track one, the title track, starts as pure ambient music. This eight and half minute wash of beautiful synths, organ sounds and Gilmour-esque guitar eventually resolves into a song that starts with “We step outside and face the poison weather,” one of those heavy lyrics that hit so much harder when they’re spaced apart as they often are on this album, giving them time to sink in. What could be just another lost love ballad is so much more effective when paired up with Wilson’s mastery of ambient textures. The song then bleeds into the closest this album has to an up-tempo track (meaning there is some rather understated percussion), “All the Blue Changes”, which starts off sparse but gradually builds up tension in a chiming guitar part anchored by piano and embellished by mellotron (yay!). After a few minutes the tension is broken by an outbreak of harmonizing, one of Wilson’s signature techniques (methinks he probably enjoys the Beach Boys in his spare time) before we bleed again into a short ambient track featuring some delicate reed tones (clarinet, I believe).

Track four, “Things I Want to Tell You”, is to me the anchor of the album. This is a truly astonishing piece. Wilson’s avant garde treatment of acoustic guitar on this (drenched in reverb that emphasizes the harmonics and every strum so clearly) is one of the greatest things I’ve ever heard. The rest of the music is pure ambient tones — even without vocals, this would be a favourite. But when Bowness sings “Roll me over, on my right side/my left side hurts me so”, the image of a bed-ridden, chronically ill man that springs to my mind (whether or not he intended that image) kind of breaks my heart a little. This track is definitely the best ambient “song” I’ve ever heard.

After knocking us over with that one, No-Man has no intention of letting up, but “Photographs in Black and White” does feature more conventional strumming, is more conventionally pretty, and has some lyrics that border on uplifting. The second half of the song turns into a dramatic progressive folk piece redolent of Genesis’ “Entangled” from A Trick of the Tail (this is high, high praise) featuring some more honking from the clarinet. Things get really bleak again on “Back When You Were Beautiful”, which, as the title implies, is a rumination on the decay of aging and the loss of dreams. Another more conventional song, it features a wonderful melodic chorus and a mid-section of super-reverbed vocals (another Wilson specialty — check out “Veneno Para Las Hadas” from Insurgentes for the best example of this) that provides another emotional high point, followed by some delicate banjo on the extended denouement. Just superb.

Finally, “The Break-up For Real” delivers the final blow with a scathing, almost surgical analysis of the emotions felt during a painful break-up, over deceptively pretty backing.

Well, I’ve said enough. Let’s just say this album is one of the best musical trips I’ve been on in a long time, a mature, distinct work that achieves its goals in spades. Wintery, sorrowful, but endlessly beautiful, I hear more every time I listen to it. You should listen to it too.