I am pleased to add another contributor to the site, Matthew Sweeney. Some avid music fans will have come across his fine blog, Foreign Accents. I’m very happy to add yet another perspective to our content here.

There’s a piece that Stephen Morris made with The Quietus a while back, in which he commented that he had always wanted New Order to experiment with sampling … and apparently DJ Shadow beat him to the punch.

One has to admit that that sounds intriguing… New Order’s shimmering melodies and crisp synths meshed with weird television spots, film dialogue and fragmented pop songs. And if you like the sound of that as much as I do, well then, I have some pleasant news for you: it basically already happened about twenty-something years ago, and it was called Disco Inferno. 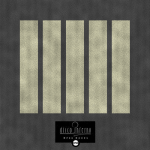 Disco Inferno are a good example of the countless interesting bands that slipped under the radar in the increasingly commercialistic and artistically grim 1990s. They could easily have been just another footnote for record collectors alone to take interest in, which was, in fact, the unfortunate fate of contemporaries like Papa Sprain and Butterfly Child. Ian Crause, Paul Wilmott, Rob Whatley and Daniel Gish formed the band in Essex in 1989, but before they had recorded their first official releases, Gish left to join Bark Psychosis. Moreover, their first couple releases were pleasant but rather unremarkable — their debut, Open Doors, Closed Windows, failed to make much of an impression, what with its meandering post-punk jams and Crause’s mumbled vocals seemingly thrown in as an afterthought. Though I have in fact listened to their first few releases, much of their early discography is forgotten to me, aside from perhaps the spooky atmospherics of the instrumental “From the Devil to the Deep Blue Sky,” off their EP A Rock to Cling to. 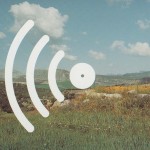 By 1994, though, Disco Inferno not only had the encouragement of their label, Rough Trade, but had caught their stride with the release of D.I. Go Pop. It was on this record that they began to assert a vision — the band was obviously not the first to experiment with sampling, but poetic, melodic post-punk wedded to plunderphonics experiments was an idea that had gone strangely unused in the history of rock. And fittingly, Ian Crause’s lyrics were unusually thoughtful, like a Frankfurt-school-influenced historian’s idea of pop tunes. On tunes like “Next Year” and “Starbound: All Burnt Out & Nowhere To Go”, he laments a bankrupt modern world where youths like him aren’t sure where to go. D.I. Go Pop was a futuristic experimental-pop record the likes of which had not been heard before. It would go on to be recognized as one of the more important progenitors of so-called post-rock. 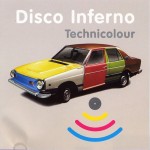 But even more lovely is their follow-up to D.I. Go Pop, 1996’s Technicolour. I have more or less no idea why this release is regarded with either muted enthusiasm or indifference — it’s the one major disagreement I hold with other critics of this band. This is more or less one of my favourite rock records from the ’90s, one of my go-to records to put on when I need a pick-me-up. Like Talk Talk’s synth pop records, Technicolour is a bit anachronistic for a pop record in its high-minded thoughtfulness and slight austerity, and that’s precisely what I like so much about it. It starts off with the overwhelming adrenaline rush of the title track, and straight away you can tell how different a record this is going to be from D.I. Go Pop. “Technicolour’s got me in her open arms, I’m just a slave to her whims and charms” … on this record, they really do “go pop”! And as you can tell from the tempo and lyrical tone, they seem to have, with perhaps a sadly cynical glee, given in to a plastic, fantastic world. On this record, the guitars crackle and cut, but there is a cheerfulness to nearly all of these tunes, even when Crause’s lyrics get trenchant (like on the haunting “Can’t See Through It” and “Sleight of Hand”) — the musical mood of the album is a bit like Colin Newman but with a bouncy lift. In this way, it’s a very unique record, and I’m not really sure why it isn’t regarded more fondly. To see Technicolour, along with Dif Juz’s Time Clock Turn Back slowly fading into obscurity is annoying and frustrating: these bands broke ground, and then their innovations were seemingly discarded and forgotten.

By the time that Technicolour had been released, the band had broken up. Most of the band has laid low since then, musically, though Paul Wilmott released an album with the trip-hop group Lisp and briefly fronted a band called Transformer. Ian Crause has stayed musically active over the years, releasing an EP occasionally and labouring off and on on songs that finally saw the light of day in a full-length release from 2013 called The Vertical Axis. Regrettably, this release slipped under my radar last year — it’s a bit strange and jumbled-up, but lyrically, it’s quite brilliant. Also of interest is 2012’s The Song of Phaethon, a bracing art-rock epic that rejects the pop song format altogether. I was particularly impressed with the intensity of this work and will have to give it a few more listens to unravel it — Crause told a few different news sources that he meant the work to be an allegory for England’s involvement in the Gulf War. Here is Crause’s bandcamp, check it out soon!

This is great music which I will never forget.