Got a very big but high-quality roundup for you this November, 2014. Talk about an overflowing cornucopia of electronic delights. I’ve been figuratively spinning these albums for a while and we’re talking about a selection of albums and EPs that provide examples of the best and most innovative styles available here in the current epoch. Visit those links, folks. 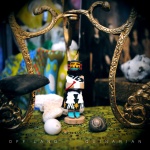 Tim Dwyer’s Off Land returns on Psychonavigation Records with a lengthy offering that mixes his trademark sounds with a newer, more expansive sensibility; in the past Off Land has generally traded in shorter mood pieces, but on this album Dwyer allows the pieces to stretch and develop in a fashion much more typical of classic ambient. In fact, opener “Veery”, with its long pad lines and avian field recordings, is very much in that original Roach-ian tradition. “Soar” goes well beyond any templates and further into that classic late-Berlin School, early space ambient territory; it’s aptly named indeed, as those beautiful pads really glide around the stereo spectrum. The mysterious “Turnstone” is more typical of Off Land’s particular brand of ethereal, clinky and rattly sound art, while the 20-minute “Shearwater” brings back the chirping birds (which sound strangely “Grantchester Meadows”-style vintage!) and more waves of synth pads. “Kestrel” features some light, repetitive Berlin School-style sequencing. I’d don’t think I’ve done a great job of conveying just how good this album is — find out for yourself, please. Off Land is about as great as ambient music can get, and that’s pretty great.

I’m not known as a guy who likes beats, but when used creatively they can capture my interest, which is exactly what Weis has done with this fascinating release. Right from the get-go on “Endless Gardens”, track one, a variety of interesting beats and rhythms are thrown at the listener, along with a whimsical melody. In fact, it’s not just the beats; sampled sounds from everywhere are thrown into a stew that mixes catchy melodic segments with funky (“Craft and Commonplace”) or offbeat percussive sounds (the Steve Reich-ian “Orchestra of Blocks”), and even some tabla-type sounds (“The Lives of Artists”). Some nice piano parts provide the melody in a lot of the pieces, as well as some surprisingly rock-oriented guitar. An inspirational post-rock piece, “A Return to Music”, provides yet another surprise at the album’s end.  This is “IDM” at its finest and should appeal to fans of Susumu Yokota and ISAN as well as people who like off-kilter pop and post-rock. Another great “name your price” release.

This is not exactly a new album, but this release on the revived Earth Mantra label is really something else, so I needed to mention it. I’ve been listening to it quite a lot, in fact. Lawlor is prolific and works in a few ambient genres, of which this is the closest to my exact taste profile: it’s classic cosmic space music, and I loves it! The opener, “The Mystical Blue World”, is the most elaborate track, with choral synth sounds that bring to mind not only acts like Tangerine Dream and Klaus Schulze but also the choral music of John Taverner. “Neptune’s Rings” and the massive 20-minute “The Great Ocean” are pure space drone but with an appropriately celestial feeling of lightness. The last three tracks are more abstract, with dark ambient and atonal touches. A fine accomplishment and a very smooth, tranquil listen. Name your price, kids.

Giannico is a well-known Italian ambient post-rock composer whose music leans to the uplifting side of things, at least as far as I can tell from the two albums I’ve heard, and he describes his music as a “cinematic journey”, which is quite correct. Litania is a veritable orgy of beautiful and interesting sounds, from synths and electronics but also some really lovely guitar and piano sounds — sonically, this is stupendously well-produced music. It also is quite visually evocative, which is where the cinematic part comes in. Elements of sound art are brought in with subtle and well-utilized field recordings as well. The highlights among the many tracks are, for me, the fine use of delay on the piano on “Organic”, the moody drone piece “Feroce” and a dreamy wall of sound that Hecker could only dream of on “Slow Thoughts”. This has it all in the ambient/post-rock field — beauty but an experimental edge as well. 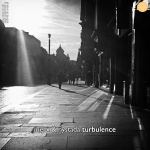 This pairing of two fine composers has resulted in the most expert rendering of mid-seventies electronic Krautrock/motorik I’ve heard, but definitely with its own personality. “Urbanität” perfectly and smoothly captures the best of the classic Kraftwerk sound circa 1975. Other tracks, however, display that more modern personality I speak of; “Malfunction” sounds like Krautrock mixed with the heavy, aggressive beats and harsher textures of Pan Sonic. Other highlights are the mysterious, burbling “Halbdunke” and the experimental noise-music clashing with vintage synth sounds featured in “Sorcerer”, which strongly resembles the classic experimental music from early in Franco Battiato’s storied career (Fetus and Pollution). A very cool release that takes an old formula and puts a nice new twist on it. You can get via the nifty We Are All Ghosts netlabel at the “name your price” level. 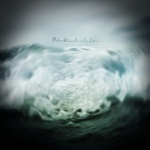 Alaska is an unassuming EP of four sparse, spartan post-rock tracks. “Alaska” is a minimal piano piece backed by some beautiful echoing ambient guitar sounds. “Bow Song” is ambient sound art based on a foreboding drone. “Ólafur” is more melodic, again a piano piece backed by guitar-based drone but with a more elegiac, romantic feel than the opener — definitely something for fans of early Sigur Rós, for example. “Lis Hopp” is listed as a bonus track but holds its own, a very pretty sequence of broken guitar chords with lots of reverb augmented by ambient guitar and light percussion. While not breaking any new ground, it’s all very beautiful and I’d have liked this recording to have gone on longer. Guess what? “Name your price”. You are lucky people this month.

This EP-length recording, which goes through several moods in a single file, definitely fits the misty Pacific Northwest cover image. From the eerie post-rock guitar drenched in reverb of “Casey Creek” to the slabs of fuzz bass dark ambient of “Ring of Bone” then back to a delicately ambient post-rock feel on “Arboretum”, with ringing delay and delicately plucked acoustic guitar, this is truly a journey into the mossy, moist underbrush of Weather Exposed’s home. I absolutely love the atmosphere of this album, which sounds different to but calls to mind the same visions and atmospheres at Thom Brennan’s classic evocation of the Pacific rain forest, Mist. Yet another gem that’s also “name your price”.

This is one of several projects of Neal Gardner, an LA-based musician who likes variety and is good at a bunch of styles. In addition to putting out an excellent ambient album, he’s also recorded modern rock as Vertigo Sane and also has found time to moderate Facebook’s best ambient music group. This project is sort of halfway between Rock Gardner (nice…) and the ambient version; a few slices of electronica, which, while differing in tone from track to track, do hang together. I never thought I’d hear the vocoder-type sound made entertaining again, but Gardner succeeds on the groovy “Let the End Begin”, which sits somewhere between IDM electronica and atmospheric dream pop. “We Danced By Moonlight” sounds like Bill Nelson’s recent work at its dreamiest, while “Interlude 76” contains a seventies synth solo worthy of any prog band! Gardner ties things back together with another moody vocoder-dominated piece, “In the Dust of the Stars”. All over this recording Gardner makes solid use of vintage keyboard sounds, from ARPs to Rhodes, and mixes them with modern beats to great effect.

I’m always up for something experimental, and this interesting EP from Toronto fits the bill. The music itself is a sort of tribal electronica, to these ears, with roots back in Peter Gabriel’s third (cymbal-free) album, Kate Bush’s weirdness or the likes of David Byrne and Jon Hassell. “Eyo Olokun” definitely has an early eighties-style tribal beat with accompanying chirpy electronics. However, the really appealing thing about this act is the ethereal vocals, a sort of call-and-response between evocative, phased gentle male and female voices. A really interesting and immersive track. “Your Memories” is eerier, with dark synths and restrained beats, as well as a more defined, melancholy chord progression, but those sweet dual vocals still dominate. Finally, ending this lovely EP far too soon, “This Language” brings post-rock guitar into the mix in a languid, almost lazy-sounding ambient pop trip. This music will appeal to fans of the aforementioned experimental giants but also to lovers of eighties ambient dream pop like The Cocteau Twins and Dead Can Dance.