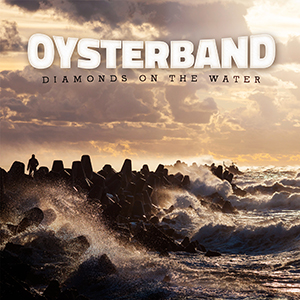 Oysterband is worth a long and involved discussion of its discography at some point, but for now, they’ve got a brand new album out, which is a source of great excitement for this writer. Check out this post and this for mentions of a couple of the band’s classic albums.

Oysterband is the finest of the British folk-rock bands that started up since 1980. Using the British folk tradition as their musical home base, they have for over thirty years investigated the possibilities for mixing this tradition with various kinds of rock and pop songwriting, with wonderful results. Some of their albums have a harder, activist political edge (The Shouting End of Life), some employ softer, dreamier textures (Here I Stand), some are more introspective and singer-songwritery (Deep Dark Ocean), but each album has been very fine, without exception. This is the band’s first album since its second acclaimed  collaboration with June Tabor, Ragged Kingdom (2011). Those two albums are their own beasts, featuring a lot of covers and with the trad music influence dialled up more (their rendition of “Love Will Tear Us Apart” is probably the best thing ever).

It’s a bit of a shame that over the years Oysterband has not received more acclaim from outside the folk community, because it’s fair to say that the band showcases some of England’s finest songwriting as well as wonderful playing and the highly underrated vocal talents of John Jones. Oysterband has done more to keep the spirit of British traditional music alive than any other act of the last few decades, but more importantly, their music is so thematically, nobly British that it’s almost at times like they are giving voice to the best of the collective spirit of an entire culture. Overstatement? Maybe, but not to me, and this is my blog, not yours.

Diamonds on the Water, which I’ve spent plenty of time with this week, is a very mature effort, by which I don’t mean that it sounds like it was written by old guys. At least no older than me… A great musician simply reaches a point in his development where he has nothing to prove and knows exactly what he’s capable of. He has all the experience necessary to effortlessly create. He is a grand master of his craft, in other words. Oysterband reached this point a while ago.

The band is comprised of long-time members Alan Prosser (a wonderful guitarist who rocks an electric but has really proven himself as a folk-style acoustic player on recent albums), singer/melodeonist John Jones (who uses traditional ornamentation better than any folk-rock singer of the modern era), fiddler Ian Telfer (who usually functions as the main songwriter as well, I believe), with drummer Dil Davies. I have the iTunes version of this album, so I’m not sure whether longtime producer Al Scott is holding down the bass. The lack of a physical CD also makes me feel a bit deprived as a reviewer, because a lyric sheet would be handy. But as an early embracer of the all-digital file age, I can’t really complain. 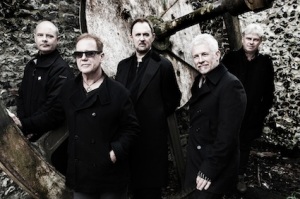 Basically, my view of this album is that it distills all of the best elements of the band’s career into a flawless set, though a lot of the punkish energy has dissipated by this point, replaced by a measured wisdom. The songs are supremely melodic, right from the a cappella harmonies that start the record, with driving but understated rhythms, big, singalong choruses and a mostly gentle atmosphere of inspiration and comfort. An almost country-ish strummy ballad, “Lay Your Dreams Down Gently”, is new territory for the band, bringing folk-rock back full circle to the American influence of the late sixties. “Spirit of Rust” (sample at the link) is an uptempo stomper with a lovely chorus — there’s usually at least two such songs per Oysterband album. Prosser, as he has done of late, mostly wields his acoustic guitar, which does nothing to detract from the energy of the songs.

Oysterband usually throws a trad song on each album, and “Once I Had a Sweetheart”, once made trippy by The Pentangle in 1969, is given a more modern but equally trippy neo-psych treatment here. “Palace of Memory” and to some extent “Call You Friend” are throwbacks to the louder, slam-dancy folk-punk songs on The Shouting End of Life and the classic Holy Bandits album.

“Steal Away” has some of Prosser’s loveliest acoustic playing on record, as well as a delicate melody, finely arranged harmonies on the chorus, and a beautiful set of philosophical lyrics (“Let the dark be your friend/climb the stairs and look around you/nothing there, no one to harm you/step by step your life begins/let the dark be your friend”). There’s always a couple of songs per album that become all-time favourites of mine, and if the album’s really good, three or four. This is a three-or-four classic song album, and “Steal Away” is its highlight.

Album closer “Like a Swimmer in the Ocean” is an acoustic folk song, a nice way to end the proceedings.

If you have any interest in folk music and you have not heard Oysterband, your musical life may well change when you try out the band’s music, which is a constant source of solace to a large audience of devoted fans. And if you are a folk fan of British ancestry, the power of your ancestors compels you to listen! I wouldn’t normally advocate a “late career” album as a starting point in a listening journey, but this album is so fine that you can easily start with it.