There are a number of heroes in the ambient music genre who have been plying their trade for decades, to little recognition from anyone but true aficionados. Some break through a little commercially (see my pieces on Steve Roach and Robert Rich), while others, though masters at what they do, continued releasing recordings to the delight of a devoted audience of smart people like me. Those are artists like Diatonis and Thom Brennan.

Brennan’s output seems to have ebbed in recent years, but I dearly hope he’s off in the woods cooking up something new for us. For Brennan is one of the true geniuses of ambient music and I would say I listen to his albums as frequently as those of any artist. They are particularly helpful for meditation purposes but are great for background listening and can be listened to intently for the little nuances that reveal themselves. I am truly grateful that I came across his output.

Brennan started in the late 1980s and released quite a bit from that point into the millennium, but after that his output slowed. Each of his albums has its own special merits. What is his style? Well, basically the synth pad sound was invented for Brennan. His music is generally waves of pillowy pads supported by sequenced sounds and other bubbly little intricacies that add interest to the music. While this may sound like typical ambient to you, there is a subtle difference and confidence to be heard in the sounds generated by a true master of the genre, which Brennan is. His music is very redolent of the wild nature of the Pacific Northwest where he lives, and like all great ambient composers, he has a gift for perfectly matching evocative titles to his pieces. Our current composers of soundscapes owe a great deal to musicians like Brennan, whose early works still hold up to this day.

Here’s a quick guide to Brennan’s discography. There are only three albums I know of that I do not possess (Vista, Vista II and Tones), so this is pretty complete.

There are some sample links to click on, so why don’t you take a trip with Brennan then make some purchases via Emusic, iTunes or his site. Ambient music doesn’t get any more  beautiful than this. Hopefully we get something new from Brennan soon.

[UPDATE: in 2019, Brennan returned with several beautiful albums on Bandcamp. Check them out!]

Brennan’s debut (produced by Steve Roach) does not sound like one. It’s very self-assured as he is already showing a mastery of tonal shades and sonic placement. Some pieces are more textural “drift” ambient, while others, such as “Incense and Rain“, contain stately, hypnotic rhythms. The centrepiece is the title track, which contains a sequenced rhythmic base and a vaguely Eastern vibe reminiscent of some of David Parsons’ work. A definite classic.

This album really does sound like its airy title. The pieces have a lightness that reminds me of this dream I used to have in which I was flying around. Regrettably, I don’t have that dream any more. Boo. This album is also heavily sequenced and rhythmic and is good stuff for fans of the Berlin School/Klaus Schulze as well as Roach’s eighties work.

Despite the quality of the first two, I find that Brennan really hits his stride on this one, possibly because he may have taken inspiration close to his misty new home. There’s a loamy, earthy but still gauzy feel to these placid pieces, which feature big slabs of pads and chiming, mysterious bell-like sounds. Beautifully evocative of boreal nature, this may be my favourite Brennan album. 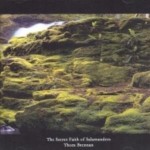 The Secret Faiths of Salamanders

Some tracks appear to have been repackaged as Strange Paradise. Another leafy nature album, this one drops some of the background sounds and is more pure drift ambient for you people who like it basic — and no one does it better. There’s a darker, underbrush kind of feel to these five pieces, like coming across a hidden reedy pool while hiking.

Brennan continues his journey towards pure pad nirvana on this album, which envelopes you like a thick cottony cloud and transports you off to slumberland. There’s an awesome spirituality in this music that I’d have to use purple prose to describe, so why bother. If you like beauty, you like this. 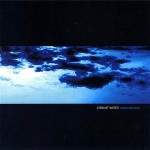 Again Brennan demonstrates his aptitude for titles, for the pieces on this album have a sparkly brightness that contrasts with albums like Secret Faith of Salamanders, while retaining their bottomless depth. The sounds on these recordings can put you into a real trance. Brennan is coming close to the perfection that would be his next album, homing in on a single mystical sound that can sustain itself infinitely.

And that is this album. Like the soundscapes of Steve Roach, this is a seventy-minute-plus drift drone executed perfectly. But while Roach’s work can be tonally dark, Satori veritably drowns us in an ocean of beatific peace. I cannot imagine a better-titled piece of music, for Satori may well be the sound of enlightenment itself, calm and eternal. Unquestionably my favourite piece of long-form ambient music. (Allow me to point out that posting the whole thing from YouTube doesn’t sit right with me, but I really want you to hear it. Please purchase it if you like it.)

This is a change of pace, a selection of shorter pieces that encompass the various subtle shades of styles Brennan has employed, as well as a return to more up-front rhythms (as on “San Francisco” and the trip-hoppy “Seattle”).

Silver is a collection of very Schulze-y pieces of delicate sequencers and pads. While it’s broken up into tracks, it also works as a long-form piece and is possibly the album that would appeal most to Roach fans, despite it lacking the darkness in much of Roach’s music — it’s more playful, light, dancing ambient to my ears.

Stories from the Forest

Brennan’s latest is a change of style that features new sounds like piano, bringing it closer to Robert Rich’s oeuvre, as well as a stringy violinesque lead melodic sound that could be ebow guitar (but I could be wrong), combined with Brennan’s customary pads and sequenced sounds. An excellent album to take in prior to or just after absorbing Rich’s Nest, which I reviewed. Which is why I hope that more is on the way from this super-talented artist, because the best may be yet to come!

9 responses to “The sonic satori of THOM BRENNAN”