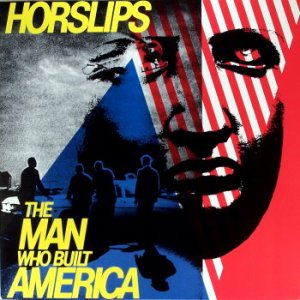 Horslips is a band that once held a dominant place in the Irish music scene. And now, even today you still won’t find an Irish person who doesn’t know of them. Of course, some of the young ones I meet make a face and say it’s their dad’s music, but those kids are full of it. They know Horslips is still cool as eff.

The band was formed in 1970 as rock music in Ireland was slowly catching up to the UK. In fact, Horslips, as I found out in an excellent documentary on the band’s history, is to be thanked for setting up a touring circuit for bands where there was none before, venturing into small towns and playing the local dancehalls, even getting into sticky situations in the strife-torn north. Horslips is the without-whom of Irish rock n roll, proudly wearing its national identity for all to hear and taking the sounds of its homeland abroad.

At the beginning, the band bravely mixed weird glam fashions (check out drummer Eamon Carr’s getup in this vid!) with electric-folk closer to Steeleye Span than to Bowie, with original songs mixed in. Creatively, Horslips never stood still, releasing very traditional folk material alternately with albums of high-energy rock songs, but always with distinct Irish influences and sounds. And they did it in a classy way, too, never even remotely approaching the cloying, maudlin green-beery trap that some Irish folk acts land themselves in. Horslips was Irish, so they sounded Irish, and that was that.

The members are great musicians, too, from Johnny Fean’s soulful, bluesy axework, to Charles O’Connor’s deft fiddling and mandolin playing, to Jim Lockhart’s excellent keyboarding, to Eamon Carr’s inventive Dave Mattacks-esque (Fairport Convention) drumming, to Barry Devlin’s bouncy bass parts. None of the band members could be described as Pavarotti, but each sings passionately and energetically during his lead turns.

The band’s acknowledged classic is The Táin, a suite of songs inspired by, well, The Táin (read about it), and it’s pretty heavy and mythological. A definite classic (who can forget “Dearg Doom“?). Second best is usually considered to be The Book of Invasions, another concept album based on a piece of Irish mythology. Less highly regarded are the three albums that concluded the band’s career, Aliens (1977), The Man Who Built America (1977) and Short Stories/Tall Tales (1980). Horslips clearly felt the rock winds changing and thought they’d amp up the energy even more, changing from a band that played Irish progressive hippie rock to one that played Irish new wave, almost like a Celtic version of The Cars. This is something that might not have worked, and many critics seem to think that it didn’t.

I vehemently disagree. While the third of those albums is not as strong, Aliens and the album I’m about to discuss are very, very good albums chock full of concise, insanely hooky songs telling intense stories of Irish immigration to America, which adds emotional heft to the proceedings. This expanded the band’s fanbase outside of Ireland and I suppose some consider that a sellout, but I don’t. I think it was a bold choice of direction, and these gems of songs are ample evidence that Horslips’ hearts were in the right place.

The Man Who Built America is stronger than Aliens as the band perfected its new sound and the songwriting skills to match, and contains songs so tuneful that they burrow right into your head and never come out. The sound is bold, upfront and rockin’, but with the band’s characteristic lyrical Irish melodicism intact. It’s one of the best Celtic rock albums of all time.

Let us get to the highlights. (check the song titles for a vid link)

Clearly the harder-rockin sound of Aliens wasn’t enough, because this album explodes out of the gate with full-on punkish energy in this rollicking number, sung by Fean, who had not sung much on the band’s earlier albums. Who else was mixing punk/new wave riffing in 1978 with Irish fiddle solos? No one! A perfect manifesto for the new sound.

Again, Fean takes the lead on this tender ballad telling of the loneliness of those parted by immigration. It’s a lovely song but is especially distinguished by featuring the finest guitar work of Fean’s career in a couple of sections of soloing — his note choice is incredible, as is his ability to mix bluesy string bending with an Irish lilt. Easily the equal of anything Gary Moore could do, and that’s high praise. I could listen to this all day.

If It Takes All Night

Lockhart does some energetic blowing on his flute on this song that also has a great thumpy beat and an even mixture of folk melodies and hard rock riffery.

Eat your heart out, folk groups. Lockhart is rockin’ some harpsichord sounds on this one, as Fean twines broken chord fragments around Carr’s authoritative beat. Again, beyond catchy and with some really sweet background vocals. Oh, and there’s a uillean pipes solo.

The Man Who Built America

The album’s single and title track is elegant and organ-driven and matches “Loneliness” in its rockin’ intensity, with great lyrics to boot and some spiky guitar lines. Finally I can complain: why the hell didn’t Scorsese use this song in Gangs of New York? I mean, Bono’s song is OK, but the theme of this tune is EXACTLY that of the film. What the hell? There was even a promo video for this one.

The album’s second ballad is sung by O’Connor in his softly dramatic, deadpan voice. Ominous bass and slide guitar underpin another tale of immigrant sadness and misunderstanding. I don’t understand why this YouTuber chose to accompany the song with photos of his cat, but it takes all kinds to make a world!

The weakest track is still pretty good. It’s a little too standard seventies hard-rock for me, but hell, all the songs can’t be perfect!

We finish with another slab of up-tempo Celtic rock.

If you like folk music, or you love high-energy rock music, particularly of the late seventies variety, you really shouldn’t miss this recording of heartfelt songs performed with characteristic Celtic intensity and an almost unparalleled sense of melody.