I’ve had a thing for Central Asia, which I’ve never visited, since I was a kid and my mother took me to the museum, where she said I could choose any book I wanted. Being a rather precocious child, I selected an Oxford University Press book about archaeological explorers in Xinjiang around the year 1900. Yep, weird kid. Anyway, I developed a fascination with this far-off land and its peoples that remains with me to this day. I also, being interested in music, discovered the incredible sounds of this region, particularly the related music of Mongolia and Tuva. This music is exotic, sure — in fact, though there are songs and instruments that we can recognize as related to our own, it’s the furthest thing from Western pop crap you can imagine. But more than that, there’s a deep spirituality and connection to the elements that shines through in these traditional songs and styles and provides a welcome respite from modern urban life. And then there’s the singing! From high keening to the gutteral/ghostly combination of xoomi overtone singing, the sounds are like nothing on Earth. It really has to be heard to be appreciated, and once you appreciate it, you never go back. Even in my own musical work (a little plug there), you can hear my attempts not to copy (that would be pathetic) but absorb the influence of this wonderful singing.

I have a lot of albums of traditional music from places like Mongolia, Tuva, Xinjiang, Turkmenistan and other -stans, often field recordings. But more exciting still is the potential this music has when fused with modern recording, modern instruments and even Western instruments. The risk of massive cheese factor is also there, of course, which is why I’ve selected three albums to tell you about that would be a good gateway for you to appreciate the haunting sounds of this very special music.

ALTAN URAG – Made in Altan Urag

There are a lot of good Mongolian groups releasing records, including the amazing Egschiglen, but none rock harder than Altan Urag, a group the mandate of which is to put the “rock” in Mongolian music. Some of their tunes were heard in the awesome movie Mongol. The band combines traditional instruments with a thunderous rock rhythm section, and from what I’ve viewed online, it’s a very dynamic live experience. This album sounds very much like a declaration of intent, beginning with the elegant, cinematic vibes of “Requiem“, followed by the powerful “Ijii Mongol“, a blast of high-energy Mongol rock that sounds like the Khan galloping off to war as dramatic, shrill vocals keen overtop. The rest of the album follows suit, from the gutteral sounds and gang vocals of “Khukh Tolboton” to the mournful strains of “Shiree Nuur”. This music is so refreshing and such a blast of elemental energy that you can’t help but get swept up in the glory. A better introduction to Mongolian music I can’t imagine from a group that should really be world-famous. 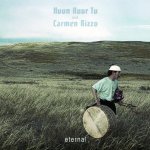 Huun-Huur-Tu is the leading folk group from Tuva, which is nominally part of Russia but is actually an indigenous enclave with strong connections to culture on the other side of the Mongolian border. Carmen Rizzo is an American electronic musician and film composer whose work I am not familiar with but I intend to be after hearing his work here. This album is a fusion of electronic music with the group’s Tuvan sounds. There’s a danger to trying this kind of fusion — we all remember the rather bland yoga-studio nature of such attempts from electronic acts in the nineties that topped the charts but left real music listeners kind of cold. Rizzo’s efforts on this recording are admirable, for he clearly recognized that his role should be to give the Tuvans space to breathe and to enhance the atmosphere rather than take it over. The results are awe-inspiring. The combination of the ancient and modern conjures up images of endless steppes under brooding skies on tracks like “Mother Taiga” with its horse-like stomp and the subtle electronica underpinnings of “Orphaned Child“. There are also pieces that verge on Tuvan ambient such as “Dogee Mountain“, in which Rizzo exploits the droning tendencies of the traditional bowed instruments to create a brooding soundscape. When I got a hold of this via Emusic I played it at least once a day for three weeks — and I’ll probably listen to it again soon!

In yet another variant of Central Asian fusion, this album is a combination of Mongolian inflections with moody singer-songwriter music and understated electronica. Daiqing Tana is possessed of one of the most beautiful, otherworldly voices I’ve ever heard. She doesn’t use the shrill style of other Mongolian female singers, instead preferring a gentle, highly ornamented style, like a Mongolian pre-smoking habit Joni Mitchell. The acoustic guitars are beautifully recorded and most of the songs are very compelling, right from the title track on. Then there’s “Snow Mountain“, which kind of summarizes the widescreen appeal of this kind of music in one song — sweet synth pads, bowed instruments and delicate acoustic guitar, and “Qinghai Lake“, a perfect mix of trip-hop and a traditional melody. Words can’t really describe just how lovely this sounds. There’s even a weird excursion to jazz vocal fusion on “Golden Bracelet”, featuring some interestingly American-sounding piano playing. I’d say this album is a true fusion, because the emphasis is less on traditional sounds and more on an exact combination of Mongolian styles with Western. It is quite successful, though I’d say it’s mainly of note because of Daiqing Tana’s voice…she could be singing anything and I’d love it!

There you have it… if you aren’t familiar with the very special music of this part of the world, here’s where you can start.

5 responses to “CENTRAL ASIAN FUSION – The modern meets the steppes”