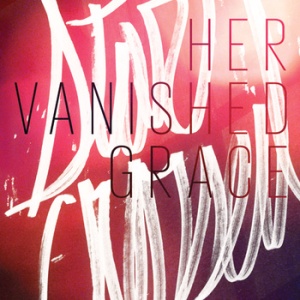 Dream pop is a genre the aim of which is to use all the sonic tools available to a rock band to achieve a trancelike state in the listener. Without the invention of the delay pedal, dream pop would not exist. Therefore the delay pedal, primitive though it may be in our current era, is the god of dream pop.

Power pop is a genre of catchy, usually short songs with an emphasis on melody but also on an aggressive style (hence, “power”). But melody is indeed the god or goddess of power pop.

Her Vanished Grace tells me that their music could be called a fusion of dream pop and power pop. And lo, so shalt it be.

This group is grounded in the husband and wife duo of Charlie and Nancy Nieland and they have been ploughing this furrow since 1988, so you’d think they’d have developed a certain aptitude for this music in that time.

Readers of the blog should know by now that dream pop is my bag, The Church being my favourites and All About Eve’s incredible Ultraviolet being a desert island disc, so to speak. There’s something about a band playing super loud with those cosmic guitars chiming and blasting away. We even, in my part of the world, had our own local kings of dream pop, Sianspheric, whose album I still pull out and play once in a while.

Okay, so, to this album by these spacy vets. Basically I was hooked right away upon the first notes of this album. The Nielands sure know how to pull you down and drown you in the ocean of their sound (wow, that’s pretty jazzy prose there…). Her Vanished Grace does follow the dream pop template pretty closely, combined indeed with the aggressiveness of power pop to create a set of songs that is dreamy and gauzy but with a very muscular undercarriage of heavier guitars and very impressive thumpy but creative drumming (kudos to the skinsman!). The songs are not jammy but are instead very well-composed and hummable, again the power side of the equation in action.

Both Nielands are excellent singers, “unadorned”, which is my usual compliment handed out to good, classy singers. Nancy handles the swooping, elegant lady vocals while Charlie keeps things real with an authoritative baritone. It’s not dissimilar to Dead Can Dance’s vocal dynamic. Each handles lead vocals on some tunes.

The album starts aggressively with “Car Crash”, which announces itself with some heavy drumming and crunching guitars before the sweetness of Nancy’s vocals brings in the melody. Things somehow manage to get even heavier in the chorus as the band takes us heavenward. The effect reminds me of the criminally underappreciated Irish band Whipping Boy – in fact, several of the songs do.

I like that tune, but the one that really hooked me is track 2, “Fade Away”, a louder version of the kind of balladeering found on The Cure’s Disintegration. The eerily beautiful guitar part creates a wonderful atmosphere before Charlie, in full Brendan Perry mode, intones a soothing melody joined in celestial harmony by his wife in an intoxicating chorus. A dream pop ballad simply doesn’t get more inspiring than this. I could listen to this all day, probably.

Other highlights on this ten-track delight are the energetic “Break Down”, which feels like Big Star at times, the naked Simon Gallup-esque bass underpinnings of “Turn it Over”, and the chugging tempo and feedback skronk of “Star-Crossed”, another mid-tempo number with a loping, elegant melody and a chorus that reaches for the galaxies.

The album contains the obligatory dramatic closer, the ultra-spacy “Earth Stood Still”, where the Nielands give us a dose of psychedelia sweetened by another ultra-melodic chorus, ushering out the album in a lullaby.

This isn’t just a good recording, it’s a great one with heart. It contains elements of other music and other influences, as I have pointed out, but like any great artist, Her Vanished Grace’s music overflows with the personalities of its creators, making for a distinctive and inspiring listening experience.

The Nielands unquestionably understand the endless artistic chase to express the inexpressible beauty of the reality we almost perceive but always just miss out on comprehending.