Many of us have at least heard of Krautrock, which is basically German experimental and progressive rock from about 1968 onward through the seventies. It was influenced by what came out of the UK and U.S. and mirrored the development of experimental music scenes in many other countries, but it’s acquired a certain cachet in recent years, because it had a definite detached cool of its own that hipsters can get on board with (and Thom Yorke declaring his love for it, of course). I’ve already covered some of the info about it here and here. While I personally hold this scene in high esteem, I don’t necessarily find it any greater than Italian or French or UK experimental progressive music, but I do like it…a lot.

If you are already a Krautrock fan, you’ll know all these albums. And you may think there are better Krautrock albums. For instance, I’ve never quite been able to get on board with Neu! for some reason (though I’m still trying). And there is quite a list of worthy Kraut bands like Ash Ra Tempel, Guru Guru, Gaa, Mythos, Yatha Sidhra, electronic music like that of Klaus Schulze, Cluster and Eberhard Schoener, prog-rock like Novalis, Wallenstein and Jane, acid folk like Parzival and Emtidi, etc., etc. These albums below are just some of my favourites.

And for an excellent overview of the development of the scene and its key players, the BBC’s Krautrock documentary is essential viewing…check it out at the link.

Also, listen to my official mix of tracks from these and other albums!

When people talk about the best of psychedelic legend Amon Düül II, they usually refer to Yeti, the band’s 1970 album. While that record is certainly great, there’s a lot of jamming going on there still, West Coat U.S. style, which is nice but maybe a touch derivative. By the time of Wolf City, they were able to produce a wildly inventive but very structured album that demonstrates the band’s considerable musical skills while sounding very slick and professional, up there with the best progressive rock of the period. Fronted by the incandescent voice of Renate Knaup, the band takes us on a musical journey at times cosmic, at times intense and scary. There’s some fiery guitar and violin soloing to boot. To me, Amon Düül II in this period really does sound futuristic, like the vanguard of a new European musical utopia, the music of the world thrown together in a crazy rock blender.

Surrounded by the Stars (a massive slice of cosmic prog-rock)

See my earlier review for an overview of the band. This is the most “rock” album Popol Vuh released in the seventies, meaning there’s a drum presence and you can just tell they were playing loud. The pieces themselves are Florian Fricke’s usual glorious constructions of joyous spiritual sound. This album, though, belongs to guitarist Daniel Fichelscher, who weaves lines of guitar in a cosmic spider’s web over crashing percussion, with Djong Yun and the aforementioned Knaup providing vocals. It’s hard to describe just how otherworldly Popol Vuh’s leviathan sonic sculptures can be. You have to listen for yourself.

The title track features some wonderful lyrics and chiming guitar

Agitation Free released three albums of West Coast-style psychedelia. The records are primarily instrumental and are all very good. Malesch featured more ethnic influences, while 2nd is a consistent collection of instrumentals that combine excellent lead guitar with occasional forays into experimental electronics. I wouldn’t say Agitation Free was particularly original or inventive but the band did produce some pretty groovy laid-back tunes good for a sunny afternoon’s listening.

Again, when people speak of Can, they usually refer to Tago Mago, the band’s 1971 double album masterpiece. While that is an amazingly creative album full of weird rhythms and bizarre sounds, to me the more structured Future Days is the best representation of what Can was all about: the glory of the repetitious, trance-like rhythms of bassist Holger Czukay and drummer Jaki Liebezeit. Nutso experimental vocalist Damo Suzuki is still on hand to provide extra loopy character as the band polyrhythms its way hypnotically through this set of long tracks.

This one-off acid-folk album is somewhat legendary, and rightly so. Dom’s music is similar to the folkier, spacier end of early Pink Floyd, think “Cirrus Minor” and “Julia Dream”. The rather poor recording actually enhances the otherworldly vibe of the album. Muffled acoustic guitars drone lazily on while equally muffled percussion thumps and rustles and Richard Wright-esque organ shudders away overtop. Unhinged vocals howl and swoop in the background. Occasionally the music devolves into electronic skronk before starting another droney excursion. Super late-night listening, and indeed it’s that rare occasion when a rarity is actually worth the hype.

Silence (Floyd-style organ and droney acoustic, a weird monologue…it has it all!)

Grobschnitt was an extremely eccentric progressive rock band with Krautrock ties that produced a number of albums that range from standard prog to downright bizarre. While more “standard” than most Krautrock in structure and instrumentation, their music was most definitely distinct. As in the case of this album. “Solar Music” was a great track on their Ballermann album, which they took…and extended and added to it, to the length of a live double album! Basically the band hammers you into submission with waves of pounding space rock featuring lengthy guitar and keyboard excursions, peppered with the occasional delicate, beauteous interlude and some rather odd monologues. Only in the seventies! Hard to get through in one sitting, but when the mood is right, ohhhh yeah! Hawkwind fans, rejoice. 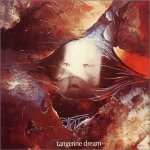 Before they discovered sequencers and sequenced themselves into commercial glory, Tangerine Dream made some of the creepiest experimental proto-ambient around. See my Zeit review for more thoughts on their development. Atem is possibly the oddest of the early T-Dream albums, but in a good way. The title track starts with what I believe I’ve read described as “music to build pyramids to”, meaning planet-sized organs thundering away over thumpy percussion that sounds like it’s being performed by giants, before suddenly falling off into zombie drone-land for many more minutes. Then there’s a piece with crazy-sounding birds chirping over some raunchy mellotron. THEN there’s the last track, in which the band members scream like rabid chimps for several minutes. God, how I love this album. 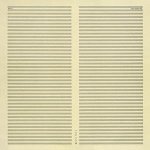 Hipsters loved Faust around the millennium, but I can’t hold that against Faust. One of the most experimental Krautrock bands, Faust just loved fucking around with standard songs and making them as odd and disquieting as possible — that was their chief skill. They also liked making other weird sounds. This is their most “conventional” album, meaning there are some catchy tunes amongst all the madness. And there is, after all, a track cheekily titled “Krautrock”. Don’t let the coolness keep you away from this one. EMI is a giant asshole, so there’s a dearth of Faust material on YouTube. Way to go, music industry. Here I am promoting your product and you are still living in 1993. 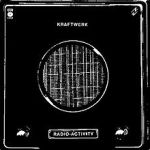 Kraftwerk is known for being the dudes with the matching suits and deadpan expressions who made long songs that don’t do much but motor on like ze autobahn. And they invented synthesizer pop — no doubt about it. However, I have to say that their earlier work feels more adventurous to me. This album has some actual songs on it, but there are lots of shorter, weirder tracks that seem to fit better with the unfettered Krautrock aesthetic, including the band members trying to voice what it feels like to be energy and other such enlightening sentiments. A super duper slice of experimental electronic rock without which much of what we enjoy today would not exist.

This is the best album by a fairly little-known hippie folk/rock group. The other albums leave me mostly cold, but when they decided to jump buck naked into the guru pool for this one, they hit their stride. This is full-on burn-the-incense-and-chant Western dudes-trying-to-be-Indian music, but you know, that has a certain charm when it’s done properly (see Harrison, G.). They were also very good players, and these long, charming pieces of guitar, organ, small percussion, flute and oboe have a genuinely innocent mystical charm that brightens my day.