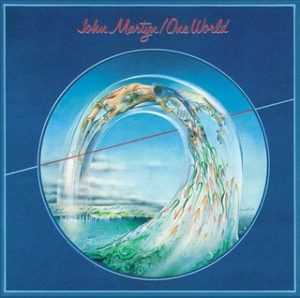 Back from a holiday and enthused to write about one of my all-time favourites. And what a wonderful album this is.

John Martyn was a Scottish singer-songwriter, very unfortunately now deceased, who got his start in the sixties with a couple of nice but fairly unremarkable albums in the troubadour style of the time and a couple more folk-rock albums with his wife in the style of The Band. However, after that solid beginning, in the early seventies, he, along with many other musicians, allowed all of his growing musical interests to flower, resulting in one of the most distinct and inspiring musical styles ever committed to vinyl or plastic.

Martyn developed a jazzy, soulful slur of a voice that breathtakingly conveyed both heartbreaking sadness and the plateaus of joy in a way that few could (or can today, that’s for sure). Some of his songs are amongst the saddest I’ve ever heard. The irony was that he evinced a larger-than-life, boisterous party-animal jokester persona, and only in his songs could the listener find out how deep and dark his soul really was. He wasn’t a saint, which he admitted openly in one song from his Inside Out album, and the personal problems in his life and relationships were easily detected in his music.

Not only was Martyn an expert at painfully laying bare his heart and soul and thereby those of the listener, he was musically experimental as well. He was an early adopter of the Echoplex, a tape-based delay system, which he used to great effect throughout the seventies both on electric and acoustic guitars, sometimes to add texture to his ballads, sometimes in long psychedelic excursions. He was ably supported by legendary bassist Danny Thompson and on record by a number of progressive and folk-rock luminaries of the time. His music whipped together elements of traditional folk, jazz, proto-ambient, reggae and blues in a glorious storm, anchored by that naked heart of passion.

The album Solid Air (1973) is his widely acknowledged masterpiece, particularly for the title track written for his tragic friend Nick Drake, but I would argue (and I will) that this album, One World, is in fact the apex of Martyn’s career, the one in which he fused all of the facets of his musical life into a perfect emotional journey. Released at the end of the seventies during the time when punk was supposedly wiping the slate clean of “excess” (pfft), the album finds Martyn happily ignoring those trends and doing whatever he liked, this time mixing a new interest, West Indian sounds, into his stew.

The album starts with “Dealer”, a funky number driven by percussion and a snaky synth bass. Martyn appears to be serenading his own addictions, shouting desperately for relief. Never before in his discography had his music been so aggressive.

This is followed up perfectly by the magical title track, a ballad of hurt for the whole species. “We don’t know what it means to live in one world” indeed. Martyn’s slur carries all the weight of sorrow, backed up by sinuous, sustained electric guitar and subtle Rhodes. Jazz-folk has never been so sensuous.

Two more funky numbers follow, “Smiling Stranger” and “Big Muff.” The latter is a collaboration with dub legend Lee “Scratch” Perry inspired by a trip to Jamaica, the home of Island Records founder Chris Blackwell. It’s hard to describe the bassy haze of these two songs, but you’ll get it when you hear the busy but subtle percussion and the slithery bass lines — a perfect fusion of English balladeering and lazy island vibes.

Side two is just as hot, starting with one of Martyn’s classic acoustic ballads, “Couldn’t Love You More”, a cry of love that alternates between a whisper, a yell and a wail. “If you lay all night in the rain for me, I couldn’t love you more”, he trills in a naked display of honesty. There’s no pop music sham in Martyn’s lyrics, just a heartfelt attempt to connect and to circumvent the roadblocks in human communication that cause almost all of our problems.

The cocktail lounge arrangement of “Certain Surprise” is a small misstep, albeit a pleasant number, and the Echoplex-driven chords and herky-jerky beats of “Dancing” are nice but not mind-blowing, but Martyn isn’t about to end this masterpiece of an album on anything less than a beautiful high note.

“Small Hours” is possibly the first-ever ambient folk song! (certain Krautfolk songs could also lay claim to that crown, I suppose) It’s a nine-minute piece (supposedly recorded outdoors!) that takes its time getting to the song itself as Martyn squeezes delicate lines and chords out of his Echoplex acoustic, setting a contemplative mood that you don’t want to end. When his jazzy vocal comes in, it does nothing to break the mood. This is subtle music-making at its finest.

So there you have it, two sides of near musical perfection. How Martyn didn’t become one of the greatest legends of modern music, I don’t know. His discography easily matches Joni Mitchell’s in quality and experimentation (and in fact there are many commonalities between their musical journeys, particularly their mutual interest in jazz and their heavily plucked acoustic styles).

Fortunately, his musical legacy is vast, in print and readily available. Don’t miss out, and start with this one or Solid Air.