Another month and another bushel of worthies have sent their wares my way so I can tell you about them. We have a selection of ambient both light and dark, some beats, and some synth-pop from around the world. Don’t be remiss — check out these links!

Despite the concept being “depicting life plagued by mental disorder,” and despite the very dark, intense textures and mood, I find Utu Lautturi’s recording a very involving listening experience. But then I’m not the world’s cheeriest person. It’s a compelling mixture of field recordings, manipulated voice, noise and some instrumentation. Ideally one would understand Finnish to properly enjoy the recording, since I imagine the lyrical content is very interesting, but there’s plenty to engage the rest of us in Lautturi’s dark textures and highly dramatic, almost black metallish vocal explosions. Alternately noisy and disquieting, and tranquil and spacious, this EP sure fits its billing. Very brave stuff from an interesting artist. The album is a free download for the adventurous.

Back to Finland, in a way! Even though this duo is from Japan and Italy. The true global village in action! I love it when I hear something different. And since I’m not Finnish and have never been near Finland, the kantele is somewhat new to me, though I think I have an album of kantele music kicking around my hard drive somewhere. This duo makes the most of the haunting, bell-like tones of this traditional instrument in a fusion with ambient/post-rock echoey guitar music and field recordings. There are some very pretty melodies to be found here. The effect is extremely peaceful, spiritual and meditative. Note that this is not a free album, but it is very, very good and you should strongly consider a purchase.

Connelly is a British composer and this is apparently a taster from a longer album to come. He does soundtrack work and you can tell from the cinematic nature of these four tracks. This does fit into the post-rock area inhabited by Helios and others, with quiet, almost glitchy, trip-hop-influenced beats keeping cold time underneath hazy waves of pads, and with ghostly female vocals popping in and out of the mix. This stuff is pretty slick but definitely soulful. If you think a mix of Massive Attack and Biosphere might be your bag, this is for you. I will look forward to hearing a full album.

World of Metal and Rust – Songs For Prisoners

It’s interesting that I get a lot of dark ambient/noise submissions, considering the amount of time I spend praising pretty things around here. What this has done, however, is expand my horizons. Sure, I’ve got a lot of rather trying 20th century avant garde stuff to listen to, Xenakis, Cage, Stockhausen, etc., but my ears are being opened to new dissonant things, which is good. This album is NOT pretty. It’s a bunch of clattery, thumpy, scrapy, scratchy, eldritch bass-synthy and ominous piano-y oppression with the odd moment of moody grooviness (as in track 2) thrown in and some goth textures as well. “Music for Prisoners” is about right! If you like dark music, you will like this.

Tingle in The Netherlands – Why Can’t You Write Something Nice For A Change?

Speaking of things I wouldn’t normally listen to, here’s a very curious album of “coldwave” post-punk mechano-synth pop, which I do like, but fused with surrealistic lyrical absurdism. So no stonefaced John Foxx action here. With titles like “A Forest of Cocks” and “I Lost My Heart to a Starship Cleaner” and lyrics to match, this is not music to be taken too seriously, though I don’t think this is being played entirely for laughs — like I said, it’s absurdist, kind of like those old Gong albums with the crazy lyrics. And the sounds could not be more 1982 vintage, which is pretty cool, those cold, haughty synths and disdainful female vocals, with the robotik beats so beloved of clubbers of the era. While this is something you may have to be just right for as a listener, it’s definitely a fine effort and worth a spin and some cash. 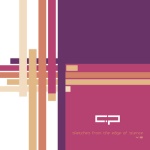 C.paradisi – Sketches from the Edge of Silence V.2

The artist refers to these as “ambient sketches” from generative software, but I think he’s selling himself short. This lengthy album is actually some classic ambient, drifting and swirling and generally improving your mental state. I put it on while working and I got a hell of a lot done! I can also see myself taking the time to really listen closely to it as well, which means it’s very good ambient music. That’s not to say that an absolute masterwork is not on the way from this artist – all I’m saying is that this is already really good stuff and it’s pay what you can, so if you like meditative ambient music, you need to download it it! The artist also runs a successful netlabel full of quality stuff, so you should support.

2 responses to “May Netaudio Revue”